I have had a bit of a slump going on with my medieval reenactment. The excitement of making new things and do research slowly faded to almost nothing some two years ago, and over the course of the last couple of years I’ve only made two new pieces of clothing. One hood for 14th century reenactment and my red 15th century kirtle for Glimmingehus. Other than that, my main crafting focus has been on knitting and my folk costume – both are areas that I hae been giving lots of love and attention.

Thus, the year of 2020 was very welcomed by me in terms of not going to any events, or to feel the pressure to produce things for my 14th century personas. To be honest, the whole year of being at home was rather relieving for me in many ways. Of course I would have rather it to be a normal year without a pandemic, without all the hardships that has followed in its footsteps, but to make the most out of the situation I felt like I really needed that break.

So, the result was that I was going into 2021 with a little bit more energy than before. Early in the year I was invited to join the local version of Company of Saint George’s event Pilgrimage 2021. A distanced 15th century pilgrimage taking place at the same time all over Europe (the world?). It felt like the perfect event. Hiking along the pilgrim trail in Kinnekulle, Sweden, together with some friends. I even felt like I had everything I needed, save for a pilgrim’s staff, which I was able to order early on, so – no extra pressure there. There is something very soothing in knowing that you are prepared, and can focus on only having a good time. I felt very good in the whole situation, with no stress at all.

Then, just shy of a month before the event I got that feeling again. That longing to produce something. To craft something new. I felt that I needed a simpler kirtle to go with my pilgrim’s outfit, as well as I kind of needed it for my kitchen worker impression at Glimmingehus. I scowered my fabric boxes for a suitable fabric and found three meters of a thin woolen twill in dark forest green. Maybe not the most suitable colour in terms of my goals of keeping it simpler, as I think the dye truly would have required overdying a yellow with woad/indigo, but it might pass as a grey fabric being dyed with birch leaves and iron to darken the colour to this green. I am no expert in plant dyes, so you tell me. What do you think?

My goal was to have a wearable, but perhaps not finished dress, by the time of the event. That is, a dress with maybe not all seams felled, that needed to be closed with pins rather than lacing. I could use the same pattern as for my red kirtle, which made things super easy. I did some changes to the sleeves in order to make it more of a working garment, which includes changing the sleeve head to have a little less of a difference in the curve to allow for more movement as well as giving the sleeve some more ease. I also made it a full sleeve, with wide ‘cuffs’, to allow it to be able to be rolled up when doing dirtier works.

With as few seams as this the sewing was fast. Really fast. I decided early that I would fell al the seams as I went to make sure that the job was done and not left undone for eternity, as is the case in some of my other dresses. The reason for this is mainly that the thin twill frays quite easily, so I wanted to protect the raw edges. This I did by felling both seam allowences to one side and covering it with filler thread as I was sewing it down with whip stitches. I am not perfectly sure that the technique with filling threads was used in the period, but it was a step I considered necessary as I didn’t want to add the extra bulk that would come with me folding the seam allowences over.

This time I made sure to not stress. I made sure to enjoy every single stitch in sewing the kirtle. Everytime I stuck that needle into the fabric it would be with a sense of calm and happiness. And so it was. In the first time in many, many years, I was sewing a medieval garment and enjoying the whole process. A huge step forward, in my opinion.

The result? I finished the dress in less than two weeks. Not to a wearable extent, but all finished. I’m very proud of myself! Do you think it will look nice at the pilgrimage? 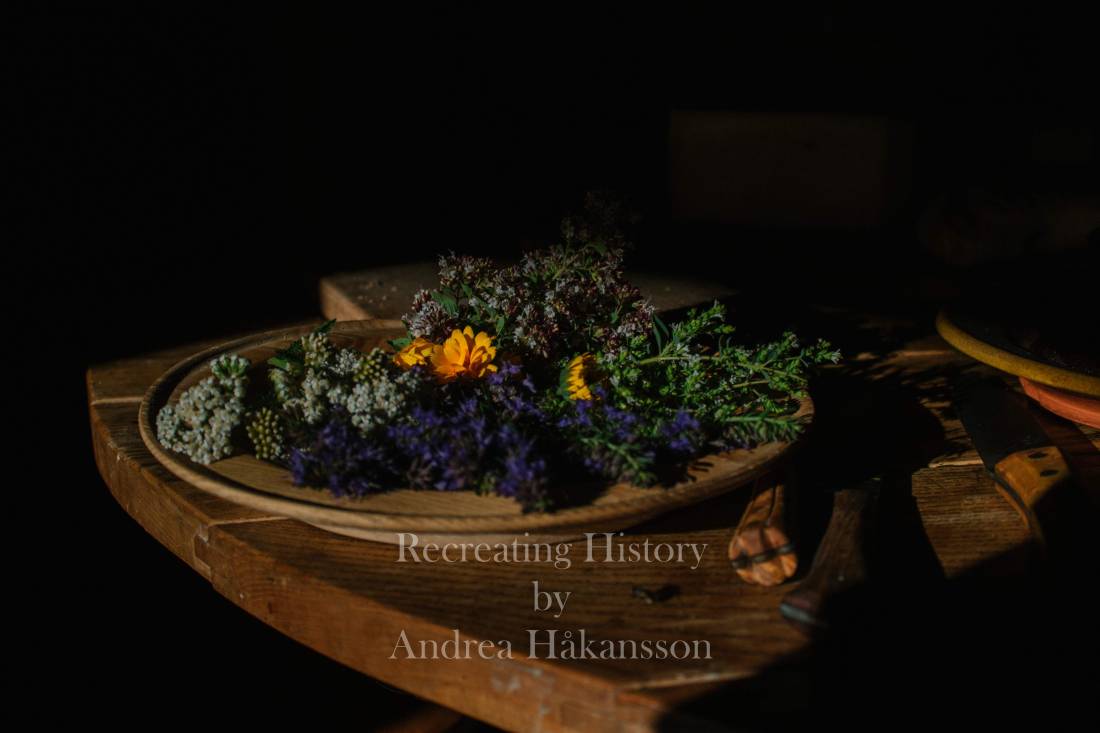 After two fantastic months on Iceland I’m now back in Sweden. The rest of the summer will be filled with a lot of work before my studies start again and I realised that I wouldn’t be able to go to any reenactment event this year because of me working full time all summer. The only weekend that I had available for reenacting was this last one, and it so happens that I was invited to an event at Glimmingehus here in southern Sweden. Happy Andrea!

The only “problem” was that it was a late 15th century event, and I had no 15th century clothes. On top of that I was on Iceland, with none of my fabrics or sewing things, so I had exactly one week to start on and finish a set of clothes for the event. I ordered my fabric when I was still on Iceland and it arrived the same day as me. Then pattern making, cutting, and sewing! It was done enough to wear at the event together with a new veil. It is completely hand sewn and I’m very happy since it turned out well. There are still some things that needs to be fixed on it, but it’s completely wearable as it is. 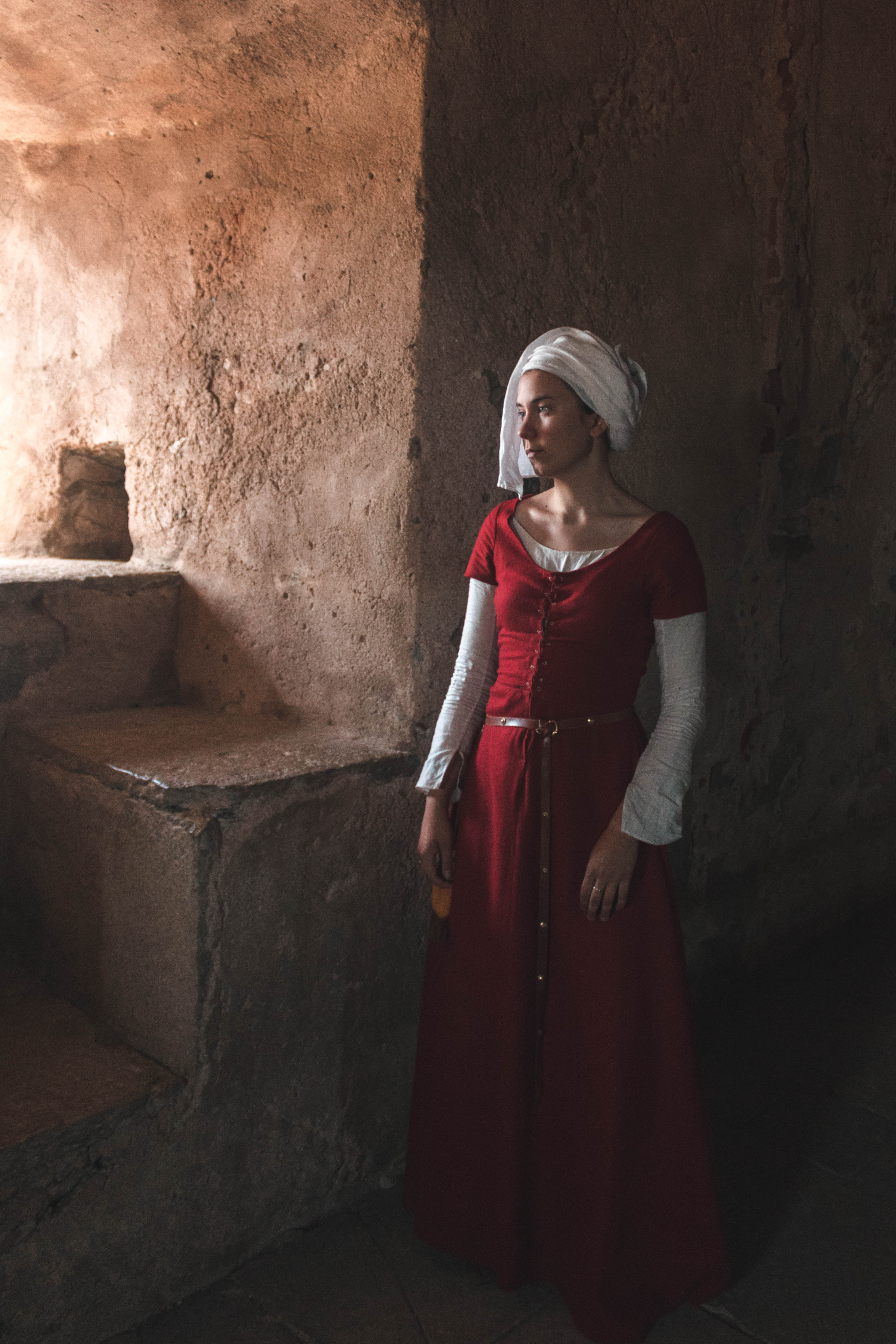 The event was amazing! I met both new and old friends, and we were blessed with good weather even though it was a bit too hot at times. I mostly stayed indoors to help in the kitchen, and for once it was cooler in the kitchen than outside! How often does that happen? At times I was also inside the castle, spinning while sitting in the window niches. I felt very much at home at the event and will definitely make more visits into the late 15th century. Until next time I will have to make an overdress as well, and hopefully I won’t have to stress it over just one week… 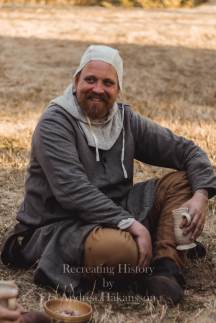 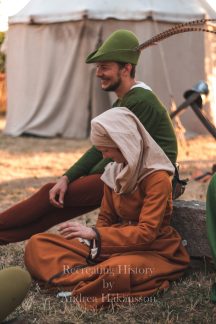 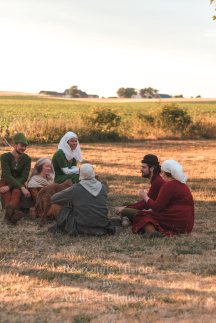 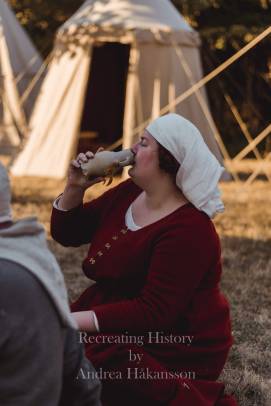 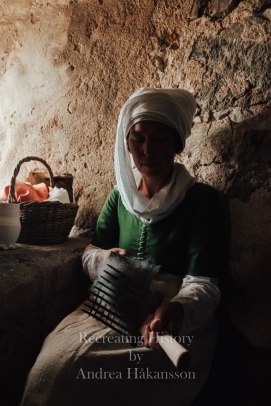 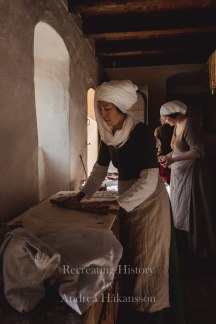 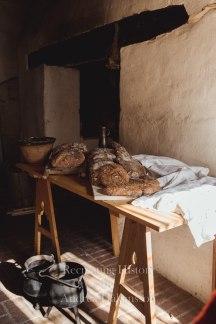 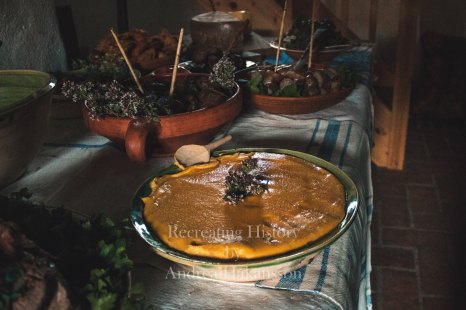 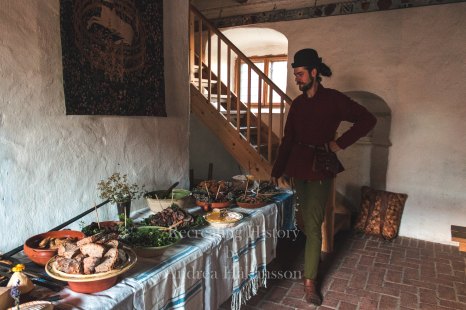 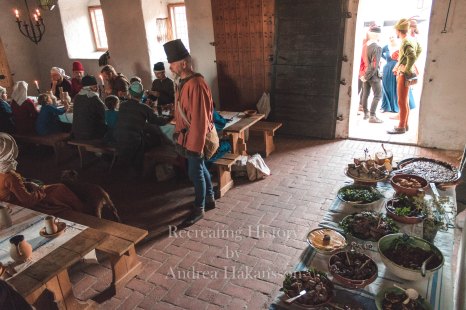 -thoughts and ideas concerning my work and hobby